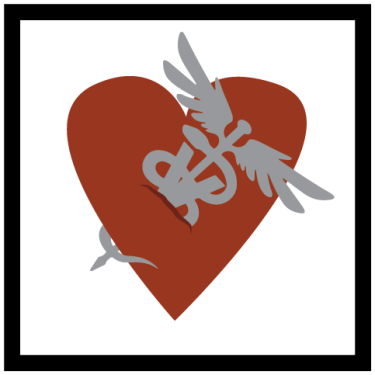 Ed, high-school graduate and the son of a high-profile veterinarian, wastes his time watching French and noir films, while his father urges him to go to veterinary school. Ed can’t stand animals and refuses, saying, “If I wanted to work with sick animals, I’d set up a clinic for my family.” His father tolerates his rebellion. “I just want him to do something with those surgeon’s hands,” he tells Ed’s mother, whose laudanum addiction continues to spiral out of control.

Ed goes to a revival showing of “Touch of Evil” in downtown Philadelphia and outside the theater he meets Maureen, a beautiful young drug dealer who hawks Benzedrine. She says the stimulant sells particularly well during “movies made by serious foreigners, where people experience loss and learn nothing.”

Maureen smites Ed’s heart with love and Benzedrine and then utterly dismays him by revealing that her father is a medical doctor. Recollecting the famous shared hatred between MDs and veterinarians, Ed decides to hide his veterinary heritage from her. She agrees to meet him for coffee. Ed returns home to find his mother sleeping on the couch in a Laudanum-fueled rage.

Over coffee and cigarettes Ed wins Maureen over. They smolder at each other, and then resolve to quite smoking. Maureen invites Ed to spend the day with her family, including her father, the MD. They go to the track. Ed picks horses and Maureen bets wildly.

They win all day long. Maureen’s father takes Ed aside and buys him a beer. “You’ve got something, son,” he says. “Something I haven’t seen in quite some time. I barely remember when.” During the last race, going with his gut, Ed picks a horse called Mommy’s Laudanum and puts all his money on it. It’s a tight race, and just at the finish line Mommy’s Laudanum puts a foot wrong, and goes down hard. Maureen can’t stand the sight. The attending vet is drunk. Before Ed even knows what he’s doing, he’s over the fence, grabbing the scalpel and working surgical miracles on the horse.

He finishes. The horse stands, the crowd cheers, but Maureen and her family regard Ed with shocked looks. “He’s a veterinarian,” her father says. “I should have known.” At that moment the Doctor’s cell rings and he’s off on an emergency. Maureen follows her father, but then turns back to Ed. She stalks to him, hands him a strip of Benzedrine paper, and stalks into the dark. The paper bears the words, “I could never love your kind. Liars are all the same.” Ed leaves the track in a Shambles, a rare depression-era automobile.

Ed returns home with a stack of movies, topped by Le Samurai, intent on bingeing his way through his depression. He finds the house empty. He calls his father, who answers breathlessly. He’s in the hospital. The laudanum has taken its toll. Ed’s mother has overdosed.

At the hospital, Ed sits at his mother’s side. His father stands at the window, wondering how things ever came to this. How did the long hours building the practice, building the building for the practice, sleeping with a string of attractive veterinary technicians ever add up to this? And now here he is, a veterinarian accepting care for his laudanum laden wife from an MD, a human doctor. He hangs his head.

The attending physician enters the room. He startles Ed. It’s Maureen’s father. The doctor is visibly shaken. He looks at Ed, he looks to Ed’s father. “Roy?” Maureen’s father says. “Roy, is this your son?” Ed’s father turns, “Jim? It’s been so long. Yes, this is my son, Ed.” They embrace. The scene confuses Ed. “You two know each other?” he asks. “We were boys together,” Ed’s father replies. “Great friends, torn apart by the enmity between two worlds.” Jim, Maureen’s father, tells them that laudanum addiction claimed his wife only a year ago. Shared grief draws the men together. They leave the room to catch up and talk about old times and chew Benzedrine paper.

Ed sleeps at his mother’s bedside. He wakes to the sound of footsteps. Maureen enters. She sits next to him. Neither of them say a word. She leans her head against his shoulder. They sit at the bedside, and wait. Then Ed speaks: “We’re all sick. We’re all animals. A man can be the sickest animal of all. An animal that lies.” Maureen nods, holding back tears. Just then Ed’s mother opens her eyes and removes the oxygen mask obscuring her face, she looks at Maureen and Ed.

“You two know each other?” Ed cries, incredulous.

“Of course we know each other,” Ed’s mother says. “Maureen sells me my laudanum.”

“Maureen!” Ed begins, but Maureen smiles and shrugs, and he knows he can’t stay mad at her. They all laugh together as the sun comes up outside, shining on everyone sick and well, but mostly sick.